UK based MRL Public Sector Consultants Ltd received dignitaries from the Niger State Government on the Transforming Education in Niger State (TENS) Programme to Cambridge on the 5th, 6th and 7th of June 2016.

Dr Roni Ajao the Executive Director of MRL Public Sector Consultants Ltd met the delegates on their arrival at London Heathrow Airport on 5th June 2016. The delegation were treated to a brief guided tour of Cambridge University landmarks followed by lunch before retiring to the Cambridge Belfry Hotel.

On Monday the 6th June 2016, the government’s delegation were welcomed to a reception by staff at MRL offices and given a tour of the premises. Members of the MRL TENS team in attendance were MRL’s Executive Director and the TENS Programme Director Strategy and Implementation – Dr Roni Ajao; Zulkifil Abba – MRL Corporate Director and Dr Idris Jega – Project Manager – Infrastructure and Statistical Mapping (GIS), Dr Mya Okeowo – Strategy Consultant and Ms Jane Mirin – Administrative Manager. 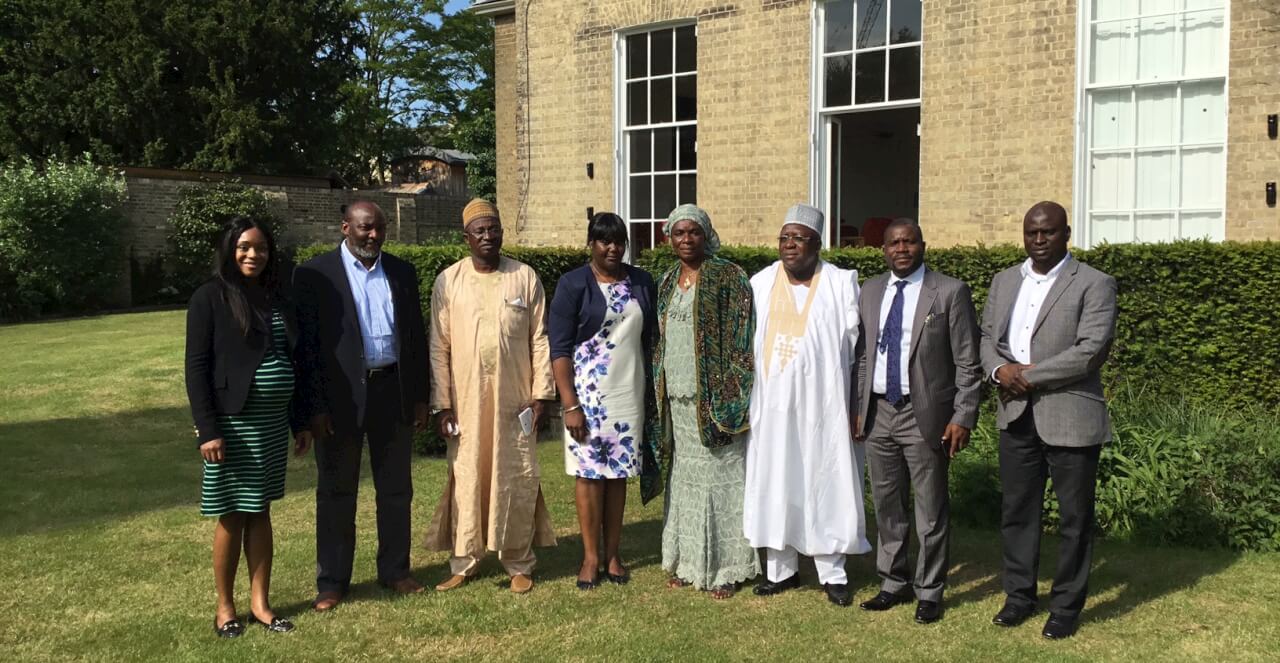 The occasion was used as an opportunity to find out more about MRL Public Sector Consultants Ltd, it’s vision for the future, public sector clients worked for and examples of government assignments.   Presentations were given in the MRL Board Room by Dr Roni Ajao and Dr Mya Okeowo on the progress of the TENS Programme and associated deliverables, more specifically the development of the TENS Transformation Strategy.

The trip culminated in the signing of the Niger State – Cambridge University contract on the TENS Programme by the Commissioner of Education – Hajiya Fatima Madugu and the Attorney General and Honourable Commissioner of Justice – Dan Mai Nasara on the 7th June 2016 on the University of Cambridge premises.   The trip was indeed successful!