Born on October 10, 1969 in the railway town of Minna, which is now a part of Chanchaga Local Government Area of Niger State, he was trained as a public administrator, receiving his Bachelor’s and Master’s degrees both in Public Administration at the prestigious Ahmadu Bello University, in 2000 and 2010 respectively. His early education, was between 1973 and 1984 in Minna, before proceeding to Zungeru College of Advanced Studies, Wushishi between 1987 and 1988.  He joined the service of the Niger State Government soon after his studies at Zungeru until his voluntary retirement. Hon. Bmitosahi’s sensitivity to social justice attracted him to politics and to humanitarian causes. His political career, in and out of active official engagements, was characterised by remarkable services and commitments to duties assigned to him.

Honourable Mikail Al-Amin Bmitosahi was elected as the legislative representative of the Chanchaga Federal Constituency in the House of Representatives. Bmitosahi’s political credentials were built on his membership of, and loyalty to, the opposition party at the time many chose to pitch their tents with the ruling party, the People’s Democratic Party. In the period running up to the 2003 elections, he joined the contest for the election of the legislative representative of Chanchaga Federal Constituency under the platform of the then fast-rising opposition party, the United Nigeria People’s Party (UNPP).

At the National Assembly between 2007 and 2011, he served in several committees among which were Federal Character, Works, Legislative Compliance, Capital Market & Institutions, Public Petition, Ethics & Privileges, and Public Service Matters. He was the Deputy Chairman, House Committee on Federal Character. Of the many groups he identified with while a lawmaker, he also served as Treasurer of a collective called “THE INITIATIVES”, a group of the forward-thinking like-minds of the 6th National Assembly, bound to pursuits of Good Governance through proactive laws at National Roundtable discussions.

The lessons from that lost election shaped his political perspectives and resilience and thus prepared him for victory four years later. After a stint at the lower chamber of the National Assembly, he aspired to the Senate in 2011, which was unsuccessful.

The period between 2011 and 2012, after the end of this dispensation’s 6th National Assembly, Hon. Bmitosahi concentrated on his humanitarian and entrepreneurial ventures, setting up “The Bmitoisahi Children Foundation” to assist and mitigate the sufferings of the underprivileged. His return to the private sector was registered with intensive exploring of opportunities in real estate, property development and the food industry, thus becoming the Managing Partner, Suffix Property Development Company; CEO, Leads Discount Services LTD; Director, Shatulamin Foods LTD; and then CEO, Suffix Integrated Services LTD.

His years in public service, in both elective and appointed responsibilities, were spent on both national and international tasks and community development projects, before his engagement as Director-General, Abubakar Sani Bello Gubernatorial Campaign Organization between July 2013 and April, 2015. 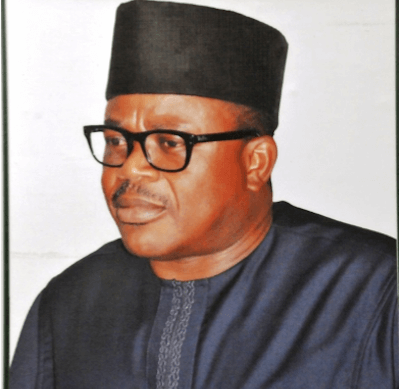