Mr J.K. Mamman attended United Missionary Society/LEA Primary School, Kpaki from 1965 to 1971, afterwards he attended Government Secondary School, Minna from 1972 to 1976. He went on to attend Advanced Teachers College, Kano from 1978 to 1981, Ahmadu Bello University, Zaria from 1985 to 1988 and the Nigerian Defence Academy, Kaduna from 2012 to 2013 respectively. Mr J.K. Mamman’s passion for Education drove him to obtain his First Leaving Certificate in 1971, West African School Certificate in 1976, Nigerian Certificate in Education in 1981, a Bachelor’s degree in Business Education in 1988 and a Masters in International Affairs and Strategic Studies in 2013.

As an experienced Education Professional, Mr J.K. Mamman has been successful in obtaining several training qualifications to his credit. The most recent being a workshop on Strategic Planning and Policy Analysis, Whole School Development Planning workshop and a training on Human Resource Management in Federal and State Civil Service all in 2010. Other training programmes attended include, Quality Assurance Training on Whole School Evaluation by Federal Ministry of Education Abuja in 2011, and a training on Monitoring and Evaluation by UNICEF in 2012.

Prior to September 2015, Mr J.K. Mamman remained a Council Board Member of Niger State Polytechnic, Zungeru and Niger State Science and Technical Schools Board respectively. 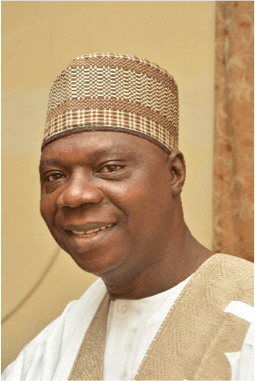